Natura 2000 is a European ecological network that secures the protection of biodiversity through the conservation of natural habitat types of community importance, animal and plant species of community importance and contributes to maintaining or restoring their original state. Its aim is to preserve areas that are designated across all Europe by the 1979 Birds Directive and 1992 Habitats Directive. These areas are not necessarily nature reserves or national parks. In many cases, they are private property, so they are subjects to special regulations in order to preserve these areas and habitats. As a result, Natura 2000 sites can only be utilized with significant restrictions in order to protect wildlife, while complying with specific conservation regulations. In Hajdú-Bihar county, part of the high quality arable land has been designated as a Bird Protection Area, while the county also has the Hortobágy National Park with significant area occupied. The migrating cranes are looking for food on the corn fields in the autumn and just staying overnight in the national park. That is the reason why, intensively cultivated maize lands have been added to the Natura 2000 network, because this is the only way to comply with the community regulation for providing areas to migratory birds where they can find food and shelter. Of course, the designation of a maize field does not mean that it has to change the way of farming, that has been done before and that there must be some special conditions for the owner or land user. Anyone who has produced maize before in the next few years can do the same in the following years without any restriction. However, it is not possible to convert these feeding areas unrestricted. In order to use them for other purposes, it requires a permission from the authority. 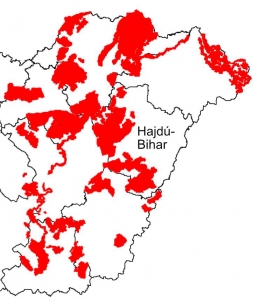 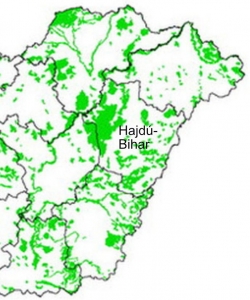