There are several advantages of the county. First its location, the county is located in the east side of the country, close to the border, with flat countyside, free from any extreme weather or terrain. There are natural water sources in the county that can be used for industrial purposes, but there isn’t any flood danger for the facilities. The accessibility of the county is also excellent in regional comparison. It has a direct link to the european highway network, (that is getting even further, and the accessibility of settlements are improving) a main railway line is part of the TEN network (while many settlements can be reached by train as well) and the potencial investors can approach the county by plane too, thanks to Debrecen Airport and its growing number of flights and destinations. The quality of the road network is getting better, by the constant maintenance, however the roads to smaller settlements are waiting for modernization in several places.

The city of Debrecen, the seat of Hajdú-Bihar county, recognized the economic potential of the airport and formulated a concept in 1994 that the airport should be developed. The comprehensive development of the airport has started in 2001, when Debrecen Wealth Management Company acquired the airport operating Airport-Debrecen Kft, and on May 29, 2001 it became a public, non-commercial airport opened for international traffic.

The development program was prepared with the assistance of the bavarian ASTA company and Hungarian experts. The development plan was approved by the relevant ministry. Within the framework of the development program, Debrecen was the first of the rural airports to implement the ISO 9001: 2001 environment-centered quality management system, by which it became a public commercial airport opened for international traffic on 29 December 2002.

On April 22, 2004, an international air border crossing point was established and declared as a customs road, thus the airport became equivalent on authority level with Budapest Liszt Ferenc International Airport. 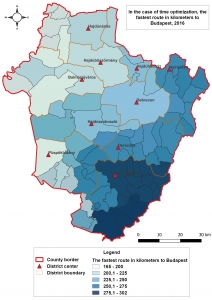 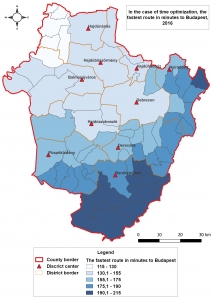 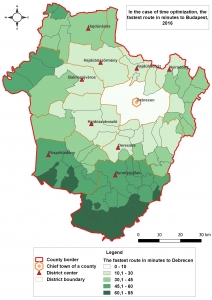 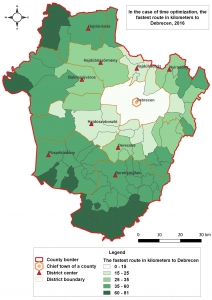 The Government Decree 1982/2017. (XII. 19.) contains the latest information and tasks related to the co-ordination and implementation of infrastructure investments related to Hungary’s short- and medium-term road development by 2022. According to the government decree, the priority is to connect cities with county rights to the express road network and to extend the highways to the national border.

Below you can see the ongoing or planned road developments in the county:

Planned road developments in Hajdú-Bihar county to be implemented by IKOP 1st priority:

Planned road developments in Hajdú-Bihar county to be implemented by IKOP 4th priority: